If you not change browser settings, you agree to it. Learn more

A bit of History

"Caspolada on the moonlight"... was born this way... 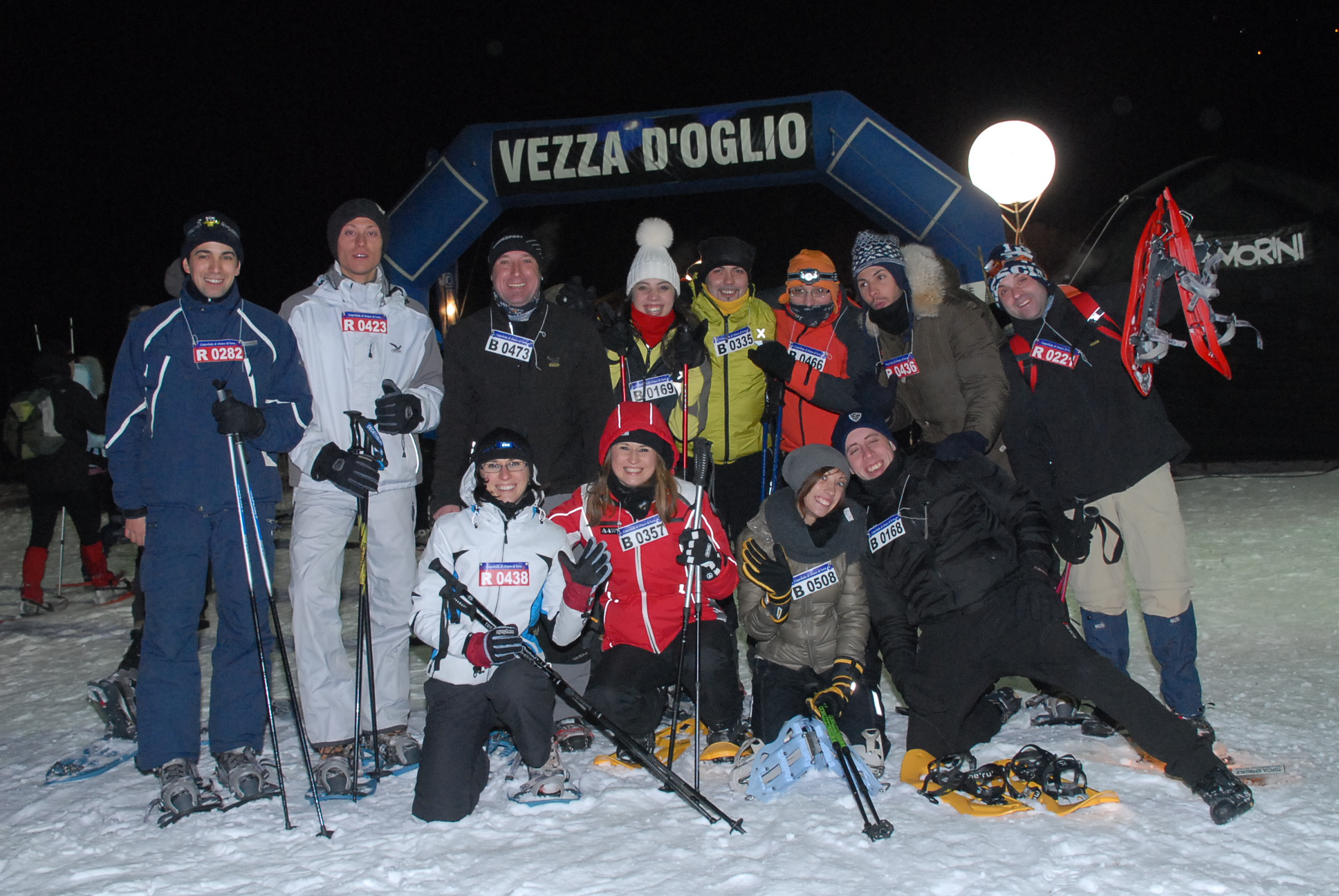 The international event "Caspolada on the moonlight" was bornin 2001 with the aim to promote the touristic area of Alta ValleCamonica through a winter sport practice different from the traditional ones (Alpine skiing, Ski Mountaineering etc) and it was proposed as a no competitive night walking.

This sport is practiced by the help of snowshoes (caspe or caspole in our local dialect). Snowshoes used to be worn already in past times, when our ancestors had no other ways to easily walk on the fresh snow after heavy snowfalls during the long winter season.

Snowshoes are fixed to shoes through a binding similar to the ski mountaineering one (the heel is free to move up and down while the foot top is fixed) and are composed of a plastic ellipse (of different sizes depending on the weight of the person wearing it) which can “flow” on the snow mantle ; they are also equipped with steel crampons to walk easily also on ice. It is a sport practice suited to people of all ages and it doesn’t need a specific training or technique.

Even though it is not well known in Italy yet, it is very popular in other countries such as: France Switzerland, Austria, Scandinavia, Canada and Japan.

This event is being held in the village of Vezza d’Oglio in Upper Vallecamonica, a small resort surrounded by the Natural Parks of Stelvio and Adamello.

From the first edition, the head of the organization has been the Proloco (Tourist Office) where a specific group has been created to follow the event while working on the arrangements for the second edition. Part of this group are the representatives of the following associations and groups : Vezza d'Oglio Town Hall, Unione dei Comuni of Upper Vallecamonica, Comunità Montana of Vallecamonica, BIM of Vallecamonica and Department for Sport and Free time of the Province of Brescia. The Caspolata trail starts from the city centre and leads into the wonderful woods surrounding the village, for almost 10 km, and it is enlightened by the moonlight and by the torches distributed all along the way. The light gives birth to an enchanted magic scenery.

To be sure that the event is totally safe, the trail is studied in details and checked by high qualified people belonging to the previously mentioned categories.

Half way, the participants will find a refreshment point where hot drinks and local specialities will be given out to everybody.The arrival will be at “Centro Eventi Adamello” where dinner will be served in the main room. All participants will receive a remembrance gift at the end of the event.The organizers are helped by the wonderful and fundamental support of the following associations: - National Alpine Cliff and Cave Rescue Corps

And of many other volunteers who want to give some help to an event which is able to give deep emotions.

Emotions lasting in your mind even later, when you recollect your feelings and think about that night: about the magic moonlight, the bonfire warmth, the silence of the magnificent mountains interrupted only by happy people’s voices, the wonderful sceneries opening at every step. This “Caspolada” has demonstrated how the enthusiasm and the passion of everyone can contribute to create a successful event and recreate the perfume of ancient atmospheres.

Maybe we can seem a bit pretentious, but we believe that the international event “Caspolada on the moonlight” can be an important part in the big puzzle of the touristic promotion of the Upper Camonica Valley and of the all Province of Brescia.